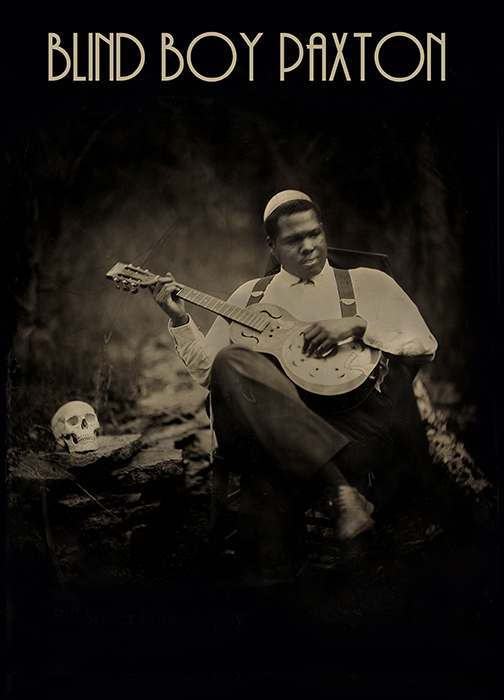 Meet young Jerron Paxton, born in 1989, an American musician from Los Angeles, a vocalist and multi-instrumentalist. He draws from blues and jazz music before World War II – influenced by Fats Waller and ‘Blind’ Lemon Jefferson. The virtuoso is a joyous entertainer, humorous with a smooth vernacular, dazzling wit, a terrific storyteller, exuding an affable excitement. He hails from an African American Jewish family with mixed Creole/Choctaw Indian ancestry, transplanted Louisiana sharecroppers who moved to South Central Los Angeles, but Jerron now lives in Queens. In other words, he is a true American.

Will Friedwald writes in the Wall Street Journal ‘Paxton is virtually the only music-maker of his generation – playing guitar, banjo, piano and violin, among other implements – to fully assimilate the blues idiom of the 1920s and ’30s, the blues of Bessie Smith and Lonnie Johnson’

He is the whole package – witty, fast rhyming, poetic, fun, exciting, wonderfully skilled as a musician and a fine singer. Clearly destined for greatness, he is very young and his career will ascend like a rocket. Phil Wiggins, harmonica ace, referred to Jerron as ‘a musical genius’.