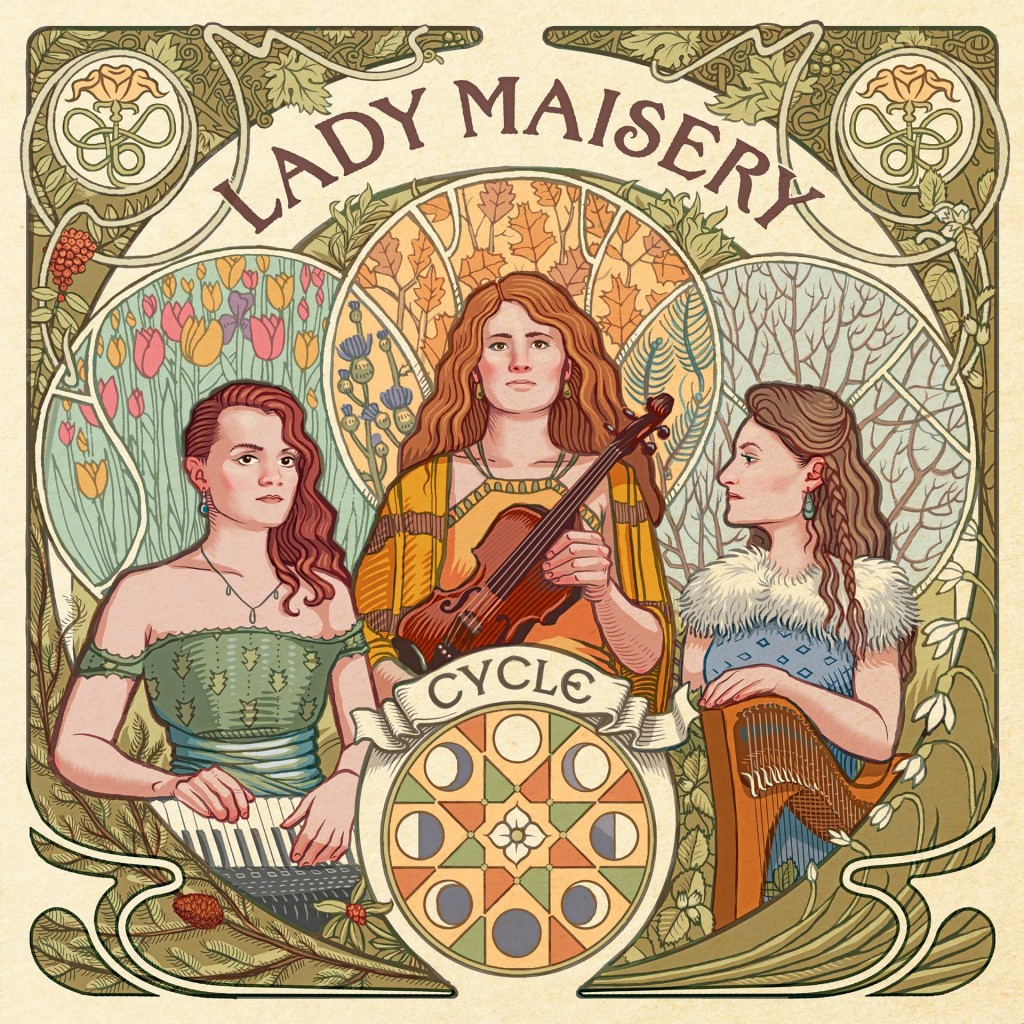 In an English folk scene currently bursting with bold and innovative folk music, vocal trio Lady Maisery shine brightly. With their unique approach to harmony singing and thoughtful, striking arrangements of both traditional repertoire and original compositions, Lady Maisery are skilful explorers of the power, beauty and vitality of folk song. Each member is also an accomplished instrumentalist, they expertly create a rich tapestry of fiddle, banjo, harp, concertina, accordion and foot percussion – Hannah James (Kerfuffle, duo with Sam Sweeney), Hazel Askew (The Askew Sisters, The Artisans) and Rowan Rheingans (Fidola). The trio are also one of the foremost English proponents of traditional mouth music, or “diddling”, a form of singing without words which is a perfect showcase for their sheer musicality.

Over the last five years, the trio have released two critically acclaimed albums (5 stars in the Financial Times, Album of the Week in The Independent) made many appearances on national radio and toured widely, performing sell-out shows across the UK and Europe. Lady Maisery’s hotly anticipated third album ‘Cycle’ is to be released in Autumn 2016.

‘The most exquisite, thrilling vocal harmony work in the English folk scene ★★★★’ THE GUARDIAN

‘Three of the most vibrant, young talents of the new British Folk Wave’ MOJO