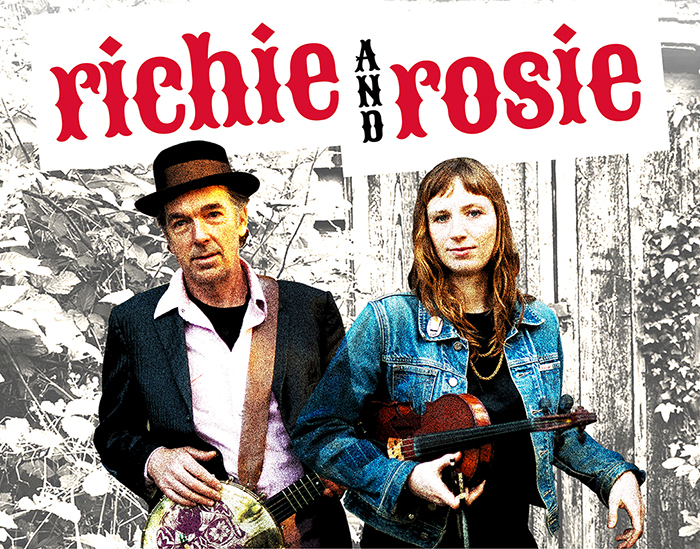 There is something about the music produced by Rosie Newton and Richie Stearns that tells you without question that this is one of those meant-to-be matches.

The pair enjoyed coming together to make music so much that they had spent many happy hours experimenting with both traditional and original songs before ever considering performing for anything other than their own entertainment.

Sounding now as if they might have formed two decades ago, such is the natural feel they possess, each has won the admiration of a wide circle of contemporaries around the World.

Rosie is a talented fiddler and singer who was raised in a musical family and had previously toured with The Duhks.

Stearns earned himself well-deserved “legendary” status following stints as banjo player and singer leading bands such as The Horse Flies and Donna the Buffalo. He has also played with countless others, and tours whenever she goes out on the road, with Natalie Merchant.

In 2013 the duo released their first album, Tractor Beam, a 12-track mix of originals and classics, designed to mirror the experience of a live performance. A follow-up was well received last year.

In combining their musical passion, Richie and Rosie draw from American old-time, Appalachian folk, Blues, African, Rock, Cajun, and Country music, taking the fiddle/banjo combination to a well-settled place as they continue to expand the boundaries of this tradition.

Renowned for their incredibly refined skills, diverse musical influence and honest storytelling, the pair exemplify the power and magic of two people doing what comes naturally to them, making music together.