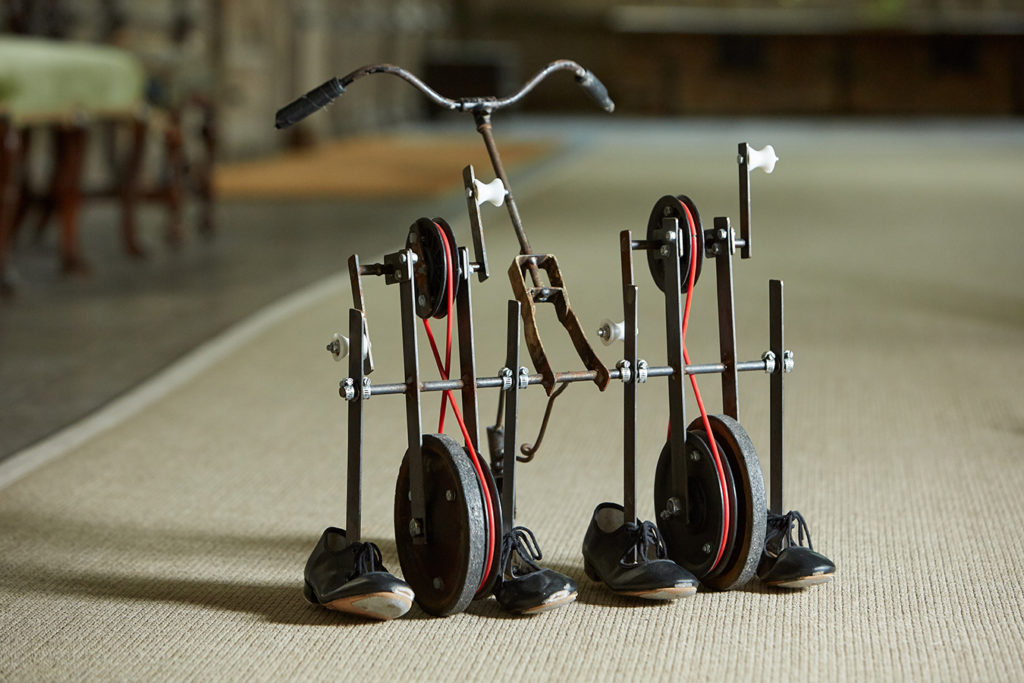 A tour of the exhibition ‘Rounds’ with artist Nik Ramage. Lots of information and inspiration.

Nik makes sculptural machines that have drifted away from utility and objects that have forgotten their purpose. Some move and others teeter on the edge of movement. They are assembled from found objects, scrap and steel. Each work might embrace paradox or absurdity but is comfortable with it’s own quirks and runs to it’s own logic.

In 2016 he had a solo show at Paul Smith, Mayfair and the following year installed forty mechanical sculptures at Haddon Hall in Derbyshire. Last year, he had work in Grayson Perry’s ‘Room of Fun’ at the Royal Academy Summer Exhibition and this year, he was elected to be an academician at The Royal West of England Academy, Bristol. He has work in collections in America, Europe and the Middle East.

Café and Garden open all day.