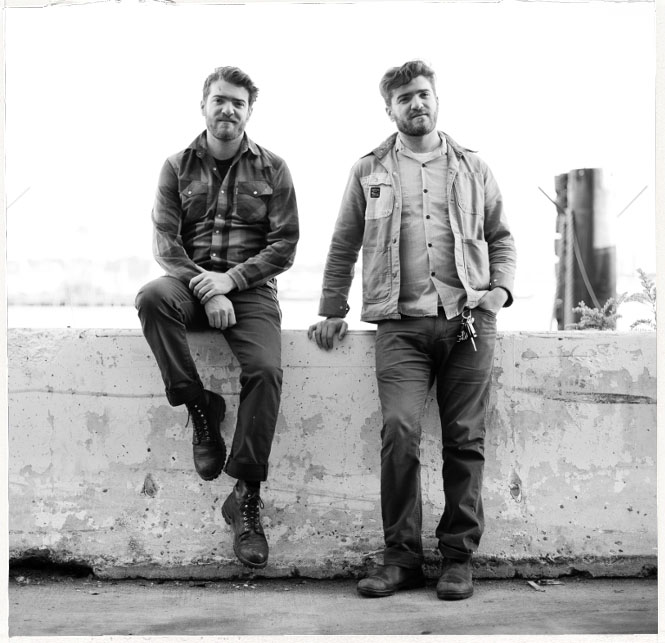 Adam and David Moss are identical twins carrying on the folk tradition for a new generation. The siblings draw on the energy and creativity of Brooklyn, New York for their full-length debut album Some People I Know.  Their stunning songcraft blends masterfully gentle guitar, cello and five-string fiddle with the sublime sort of two-part harmonies only brothers can carry. Their palpably fraternal stage presence and wonderfully familiar heart have earned repute among a modern folk scene

The album’s title, Some People I Know, refers to the personal nature of these songs. As David explains, “I think every song on the album is about a person or a character, and in a way, it’s a reflection of ourselves.” For example, Mary Ann, written by David, is an encouraging ode to a friend with depression. Banjo Song, written by Adam, conveys a conversation with someone who gives up playing an instrument after a hurtful breakup. Though he’s usually on fiddle, Adam plays banjo on the track; throughout the album, David plays guitar and cello.

Although young men, The Brother Brothers have boasted this sterling folk sound for decades. Growing up in Peoria, Illinois, they sang along as children to their father’s record collection of the Kingston Trio, the Everly Brothers, the Beatles and the Beach Boys. “That’s where we learned to sing harmony and then one thing leads to another,” says Adam ”all of a sudden we could harmonise to anything we wanted to. It was a very natural progression”.

“Gentle in pace and performance, the Mosses have ample space to glide through beautiful, harmonic melodies, as they do. All-in-all it does what they do best, presenting the musical power in weaving their stories and songs with subtlety.” – Popmatters

“The power of minimalist storytelling sweeps us off our feet… That chorus is so barebones, but hits me like a train. They’re clearly masters at their craft.” – Indie Shuffle