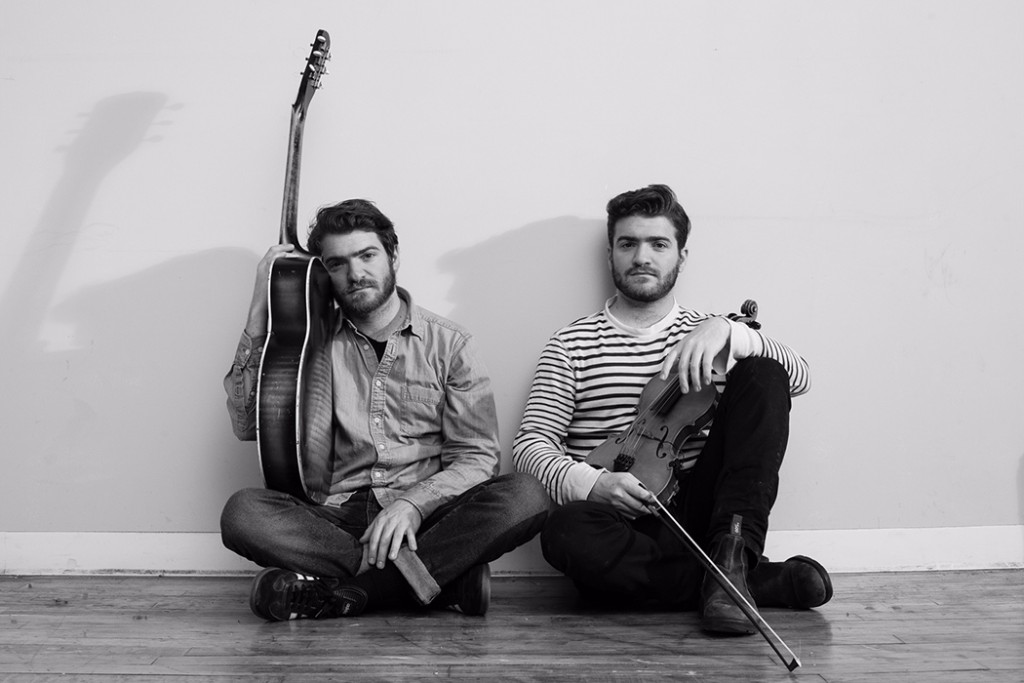 Based in Brooklyn, New York, twin brothers Adam and David Moss perform in the great traditions of family folk and bluegrass. David plays the cello and guitar whilst Adam is on the fiddle and their captivating and beautiful harmonies uplift their original creative arrangements.

Those with fingers on the pulse of what’s happening Stateside are already aware of the reputation developed by The Brother Brothers from stunning live performances that have had the grapevine buzzing. It’s rare for so many other well established acts to be collectively singing the praises of their contemporaries but that’s what has been happening in the USA with Lake Street Dive, Sarah Jarosz and Lindsay Lou & The Flatbellys all declaring themselves to be big fans.

At last the UK will get a chance to experience what it is that has been winning them so much valuable attention. There’s a new album on the way after their debut EP created such an impact. Sarah Jarosz said they were ‘a joy to behold;’ Folkwords declared: ‘put these two together and magic happens’. Songwriting magazine described their music as ‘bewitching’, while Rock n Reel magazine said the record was an ‘exquisite’ collection, and writing at AmericanaUK, Peter Churchill said they had ‘the tightest harmonies you are likely to hear this year’.