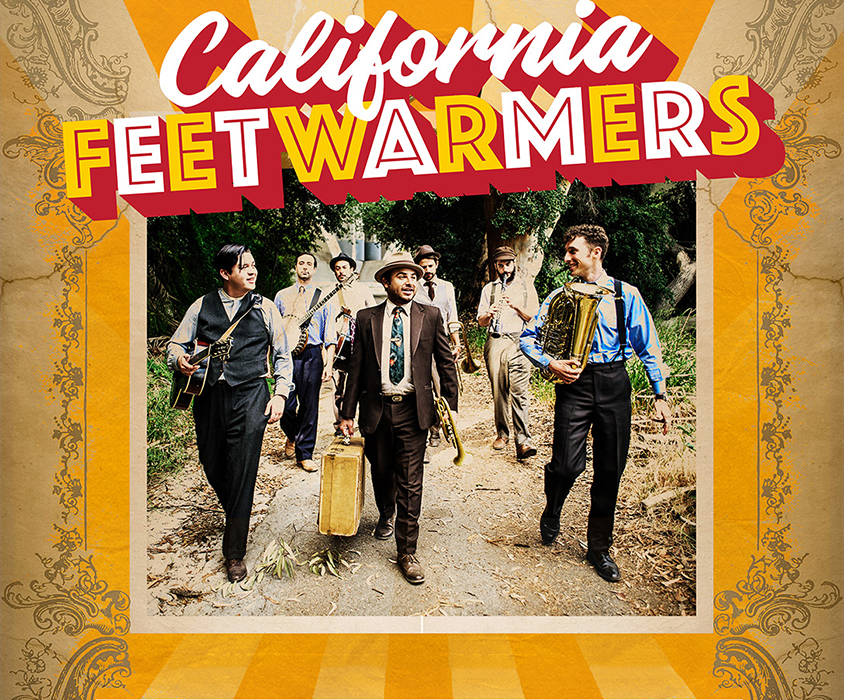 Recognised as one of the hottest bands playing out of one of America’s steamiest States, the California Feetwarmers return to Europe for appearances at a string of summer festivals.

This follows a super-successful run at big outdoor events in 2017 when they wowed the crowds in Switzerland, Italy, Scotland and Ireland. Previously they raised the roof before an ecstatic crowd at the 1000-capacity Old Fruitmarket during Glasgow’s Celtic Connections festival. Since then, the seven-piece has continued to impress on both sides of the Atlantic and gathered praise from some of the biggest names in the biz. When they headlined at Herb Alpert’s nightclub in Beverly Hills, where Hollywood’s A-list go to have themselves some fun, Sir Tom Jones enjoyed the show so much he declared himself a fan, told them to head for London and said: “Just tell them Tom Jones sent you!”

He wasn’t the first big name to fall under their spell…this is the band that Keb’ Mo’ sought out to provide an air of authenticity when he recorded his BluesAmericana album. The collaboration won them a Grammy-nomination. When Keb’ Mo’ grabbed them to provide the right feel for the track that won them so much attention, he did so as he wanted it to be “a joyous thing – a party,” he told The Wall Street Journal.

…Now couldn’t we all do with a bit of that in our lives right now!