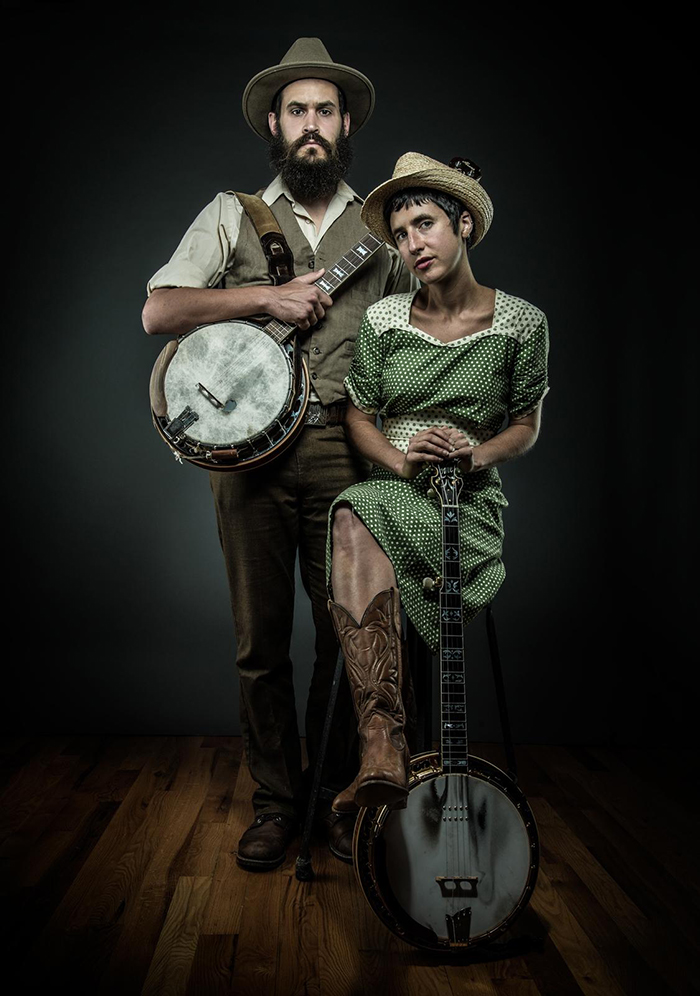 Rarely will you hear such beautiful American roots music so perfectly performed.

Kendl Winter and Palmer T. Lee have found themselves in the premier league after gaining a reputation as one of the most original old-time influenced duos working the circuit. The pair first combined in 2013 and quickly established a big Stateside following. This will be their UK debut (they are one of the main visiting attractions being flown in for Shetland Folk Festival).

The Lowest Pair have John Hartford to thank for their name – and the title of one of their latest albums. The duo has been building up an impressive Stateside head of steam since combining in 2013 to embark on their incredible musical journey.

Those new records, Fern Girl and Ice Man, and Uncertain As It Is Uneven, could be viewed as windows into their growing and changing world. The latter stays the course of their previous releases, being focused on stripped down, intimate arrangements to support their timeless song-writing and haunting vocals. Fern Girl is a more moody and adventurous exploration of new sounds, new studio production directions, and what it might sound like to be supported by a full band, while keeping one foot planted in the rootsy aesthetics which drew them together.

When the albums were simultaneously released in the UK, the reaction was enthusiastic and instantaneous.