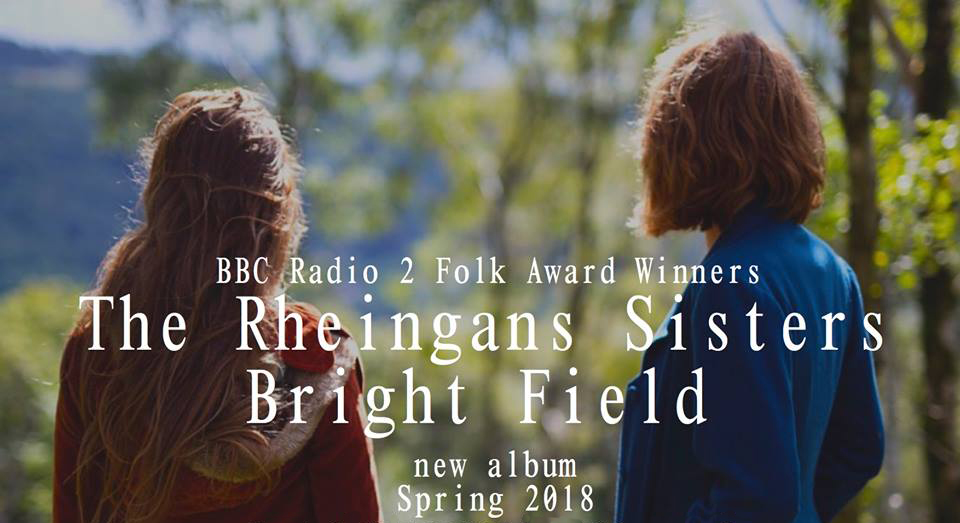 Fiddle-singers and multi-instrumentalists, Rowan and Anna Rheingans launch their hotly anticipated third album Bright Field this spring. This is bold, playful, innovative folk music – wholly contemporary while drawing from the well of musical knowledge passed down through generations.

Growing up in the Peak District surrounded by traditional music, the sisters picked up music from an early age and have since become aficionados in folk and fiddle music from both northern and southern European traditions. Winners of the Radio 2 Folk Award for ‘Best Original Track’ in 2016 and ‘Horizon’ Award Nominees, they have released two albums, both to great critical acclaim. The Independent called their second album, Already Home ‘superb’ whilst Folk Radio UK called it ‘not only a beautiful and exceptional record, but an important one.’ Some of you may remember Rowan playing last year at the Chapel as part of hugely popular BBC Folk Award nominated trio Lady Maisery.

PRE-CONCERT SUPPERS AVAILABLE DOWNSTAIRS AT THE CHAPEL KITCHEN FROM 5.45PM. BOOKING IS ESSENTIAL AS SEATING IS LIMITED 01873 736430