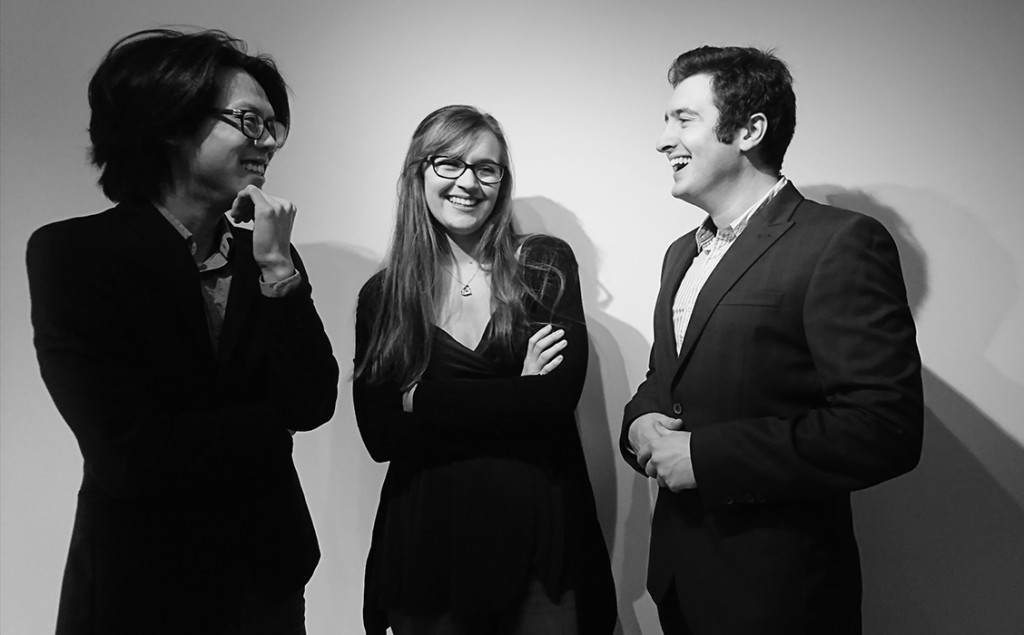 The Fradley Piano Trio was founded by pianist George Fradley and cellist Katja Cross in 2013 and they are excited to announce their new violinist Samuel Hau. They have performed at concerts and festivals in London as well as across Wales. As well as formal performance, the Trio enjoy participating in outreach work including, running masterclasses for students.

George Fradley began playing the piano aged six. He currently studies at the Royal Academy of Music, having previously studied at the Royal Welsh College of Music and Drama. In 2016, he was a prize winner of the Eric Hodges Beethoven prize and the Beethoven Intercollegiate Competition.

Katja Cross graduated from the Royal Welsh College of Music and Drama in July 2017, Katja was awarded the prestigious Royal Philharmonic Society ‘Sir John Barbirolli Memorial Foundation Grant’, which enabled her to purchase a 1750’s Old English, James Preston cello. Katja also works for luthier Christopher King at Cardiff Violins and is the cello specialist advising beginners, amateurs and professionals on the set ups of their instruments.