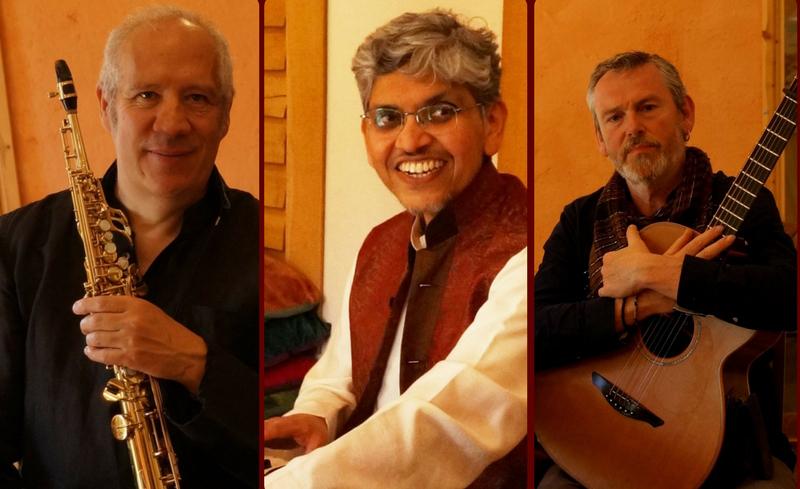 In this evening’s concert they are joined by Indian Classical singer, Rajesh David a wonderfully inventive and versatile singer. Rajesh, who hails from Mumbai where he was a featured artist for All India Radio and Television, currently lives and works in Wales. In Tŷhai he bridges the music and cultures of the Celtic world and India, singing in Hindi, Sanskrit and Welsh.

Tŷhai’s repertoire includes the ragas and rhythms of Indian music, verses from Sufi poetry and ancient Sanskrit texts as well as Welsh traditional music and song.  This evening’s performance is part of a series of concerts to mark the launch of their long- awaited inaugural CD.