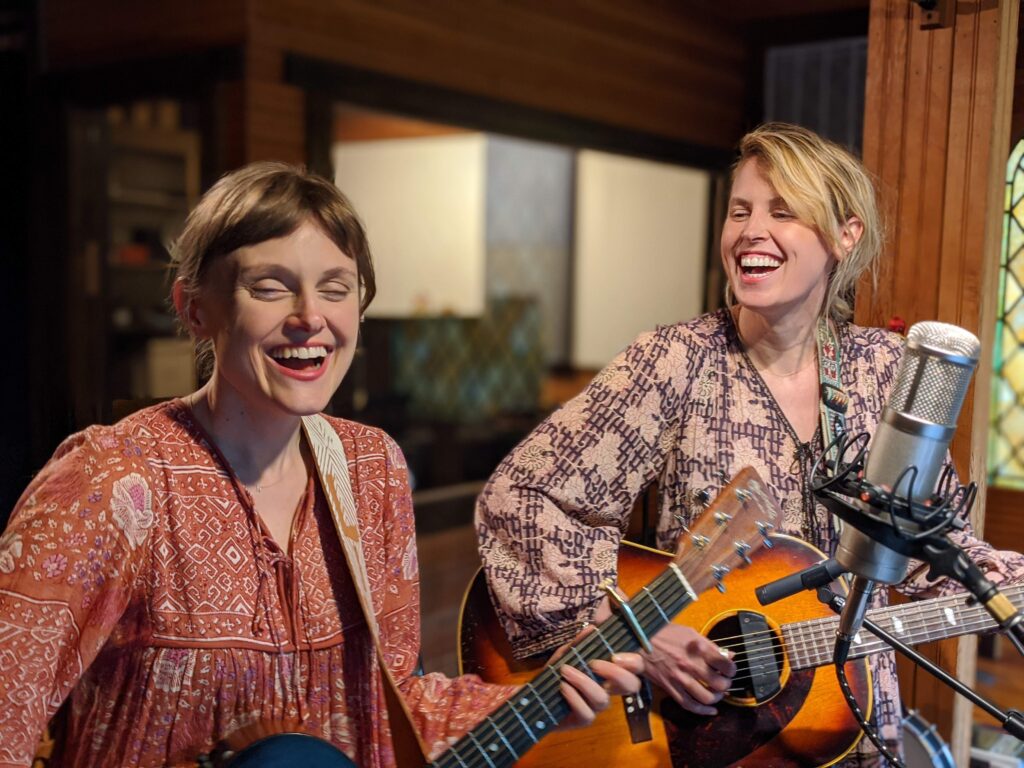 We’re excited to announce that New York’s The Chapin Sisters are returning to the UK for the first time since 2015 for a series of tour dates and festival appearances to support their first new music since their ‘Dolphins’ collaboration with Cass McCombs in 2018.

Masters of so-called blood harmony, The Chapin Sisters have garnered critical acclaim since their first recordings in 2005. Moving seamlessly between their own deftly crafted songs, familiar country classics, pop covers and traditional folk, they forged a distinctive musical imprint and carry on a proud musical legacy.

Father Tom Chapin is a Grammy-winning singer/songwriter, legendary late Uncle Harry Chapin was a musical artist and activist best known for his 1974 No 1 hit ‘Cat’s in the Cradle’, and Grandfather Jim Chapin was an esteemed jazz drummer and author of seminal drum instructional books. Raised in Hudson Valley, the sisters started singing professionally at ages 6 and 8 on their father Tom’s ground-breaking family recording Family Tree. Through the last decade they have released 4 full-length albums, and 3 EP’s, most recently 2017’s critically acclaimed Ferry Boat EP and have toured the world multiple times on their own, and twice singing in the band ‘She & Him’ and other artists as backup singers.

They are currently at work on a new album.

PRE-CONCERT SUPPERS AVAILABLE DOWNSTAIRS AT THE CHAPEL KITCHEN. YOUR SEAT WILL BE RESERVED FOR THE EVENT UPSTAIRS. BOOKING ESSENTIAL 01873 852690 / 736430