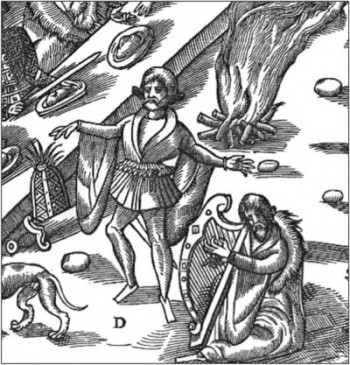 In praise of mid-winter, with bold, ritual songs, ballads and medieval poetry and a magical Arthurian episode celebrating the holly and the ivy.

Bragod is the only musical ensemble dedicated to exploring the performance of medieval and renaissance Welsh music and poetry in an historically-informed way. They sing Welsh poetry ranging from stanzas of the Gododdin (6th century) to ritual and popular songs of the 18th and 19th century. They play the six-stringed lyre of 6th century Northern Europe and the crwth, the ancient lyre of Northern Europe modified by the addition of a fingerboard and the application of the bow.