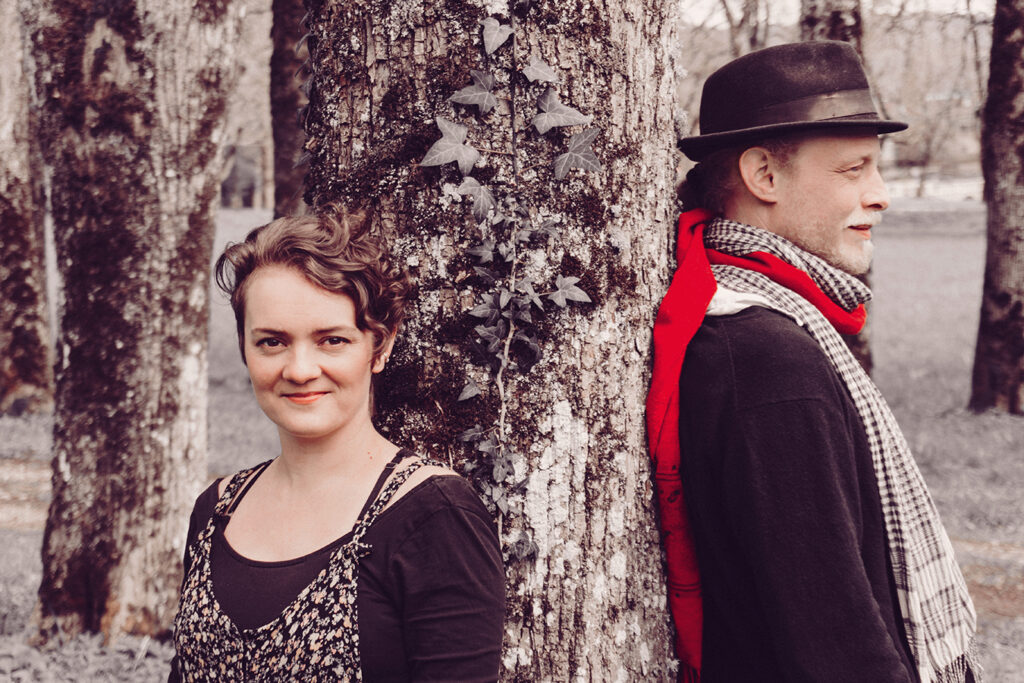 Hannah James and Toby Kuhn are a dazzling combination.

If you’re looking for warmth, honesty and musical excellence, look no further. This folk is full of soul.

Hannah and Toby met in Summer 2018 at Floating Castle festival in Slovenia and it was clear that these two musicians shared a common approach to music making and a real artistic chemistry. Award-winning folk musician, dancer and composer Hannah James is complemented perfectly by the virtuoso cello of Toby Kuhn. Known for her work with Lady Maisery, Maddy Prior, Sam Sweeney, Seasick Steve and Songs of Separation (with Eliza Carthy and Karina Polwart and more), Hannah is one of the key figures in the modern UK folk scene. Rooted in the English Tradition but enriched by her collaborations all over Europe, her charismatic blend of accordion, vocal and clog dancing forged an instant artistic chemistry with impressive French cellist Toby Kuhn.

Toby is a post-classical musician with a taste for improvisation and folk music of all persuasions. Always on the lookout for new ways to play his instrument, his unorthodox approach has won admiration and acclaim from Japan to Canada, bringing the full potential of the cello with him on his journey across style and invention.

Together, their music is soulful, original and conversational. The combination of accordion and cello allows for a huge palette of sounds and textures which lift James’s pure voice and deeply honest songwriting. In the next breath they switch to choppy rhythms and joyful interplay between cello and percussive dance. This duo deliver a diverse, playful and hugely original performance. Their debut album “Sleeping Spirals” has just been released to considerable acclaim.