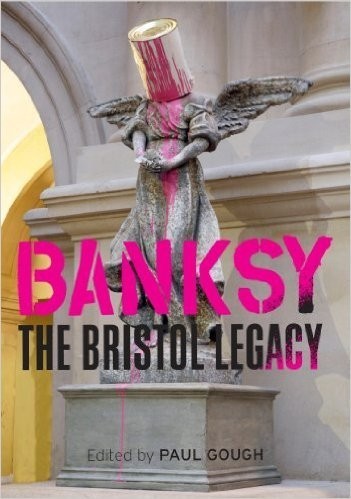 In the summer of 2009, Bristol saw a remarkable phenomenon that made international news. Over six weeks some 300,000 people queued for hours, often in pouring rain, for admission to the city’s museum & art gallery. They had been attracted by the media hype surrounding an exhibition ambiguously entitled ‘Banksy vs the Bristol Museum’. The subsequent show ‘Dismaland’ at a derelict lido in Weston-super-Mare in the summer of 2015 has attracted similar attention and caused worldwide headlines.

This illustrated talk by Paul Gough will raise a number of questions: Is Banksy a subversive influence or merely a bit of fun? Why is Banksy so important beyond the UK? Is the work important as art? What does Banksy bring to British culture as curator of international art?

After compiling a book on the impact of Banksy on the national scene, Paul Gough (Pro Vice-Chancellor and Vice-President RMIT University, Australia), has become a regular commentator on the global phenomenon of the world’s most famous unknown artist.