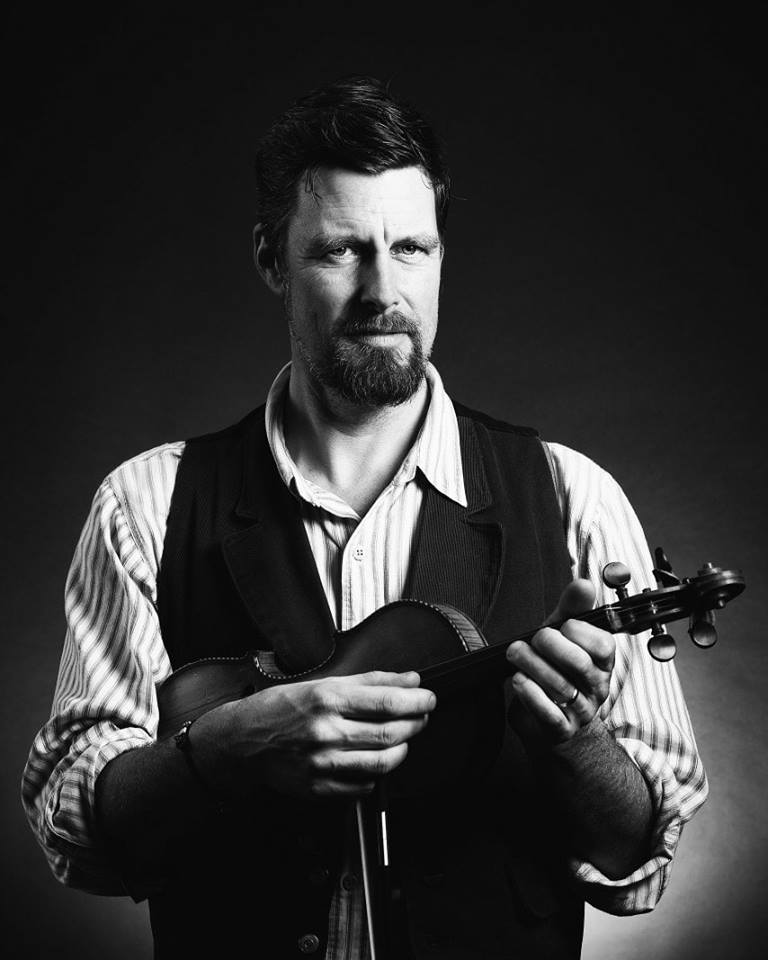 A multi-instrumentalist, instrument maker, and music educator, Teilhard Frost specializes in traditional Appalachian old time music. He was raised on Manitoulin Island in Northern Ontario, spending time with the elder fiddlers in the area. At the age of three he was given a jaw harp and harmonica by his father, his mother gave him a fiddle and a record of Kentucky fiddle tunes. He has continued to play them all ever since.

Teilhard is a founding member of acclaimed act Sheesham, Lotus and Son, who perform their highly entertaining show throughout Europe and North America. Together they have released 7 albums and have performed thousands of shows. Through excellent musicianship, stage antics, costume and lighting, Sheesham, Lotus and Sonhave indelibly changed the way people think of old time folk music.

Teilhard’s latest solo recording, As the Crow Flies, is a collection of traditional music found in the Appalachian highlands. The songs have strong ties to the British Isles while the fiddle tunes draw on ancient Scandinavian and northern Scottish modal settings and tunings, conjouring a feeling of mystery and drama.

He lives on Wolfe Island in the St. Lawrence River where he makes banjos, teaches old time music and enjoys family life with his partner and their two daughters.

“An accomplished singer and multi-instrumentalist, Teilhard captures the spirit of the old-time music better than anyone I know. He is a natural born entertainer who’s stage presence is a joyful experience!” – Rick Ceballos, Artistic Director, Champlain Valley Folk Festival, Vermont, USA