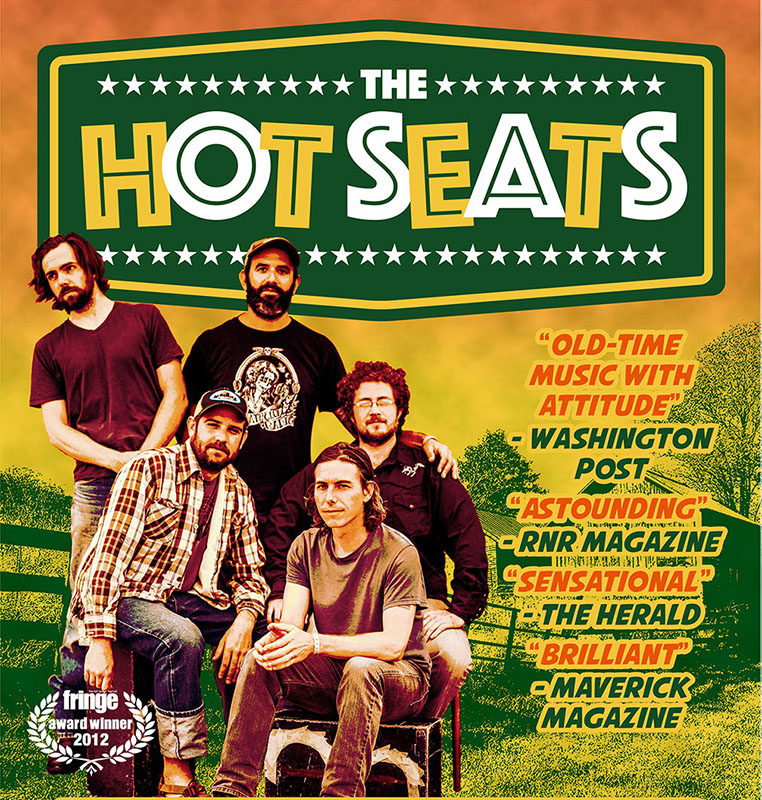 Firmly established as one of the most popular touring acts, this will be The Hot Seats tenth anniversary visit to the UK.

They have blown the crowds away at festivals such as Edinburgh Fringe where they won a coveted Herald Angel award – the highest accolade to be handed out – following a successful run at the famous Spiegletent. They wowed the crowds at Shetland and Orkney Folk Festivals and Glasgow’s Celtic Connections too. The band’s fiery brand of blistering Appalachian old-time mixed with left of centre bluegrass and a sprinkling of their own compositions – and a healthy dash of sharp wit – has won them fans around the world.

On previous visits, reviewers have showered them with praise.