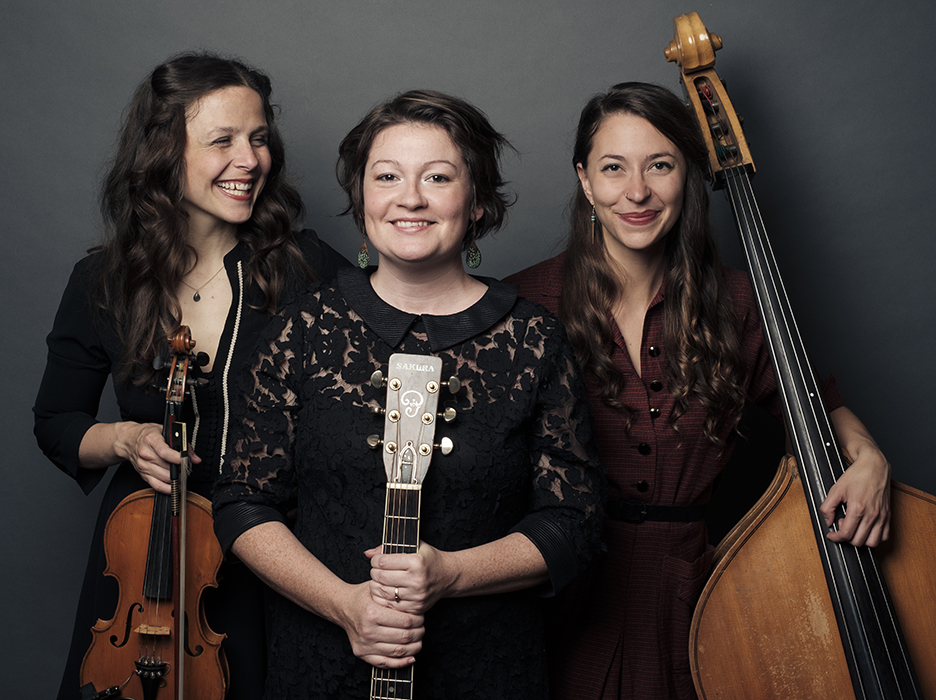 Michigan songbirds, Rachael Davis, Lindsay Lou Rilko and May Erlewine take your breath away almost as an amazing force of nature might have the same effect.

Since coming together, the three singing sirens and multi-instrumentalists whose repertoire swings from gospel and bluegrass to soul and even joyful interpretations of pop, have become one of the hottest properties on the US roots music circuit.

With three-part vocal harmonies that are sublime, they trade instruments including mountain fiddle and banjo, uke, guitar and double bass. When they released their latest recording in the UK, it attracted much praise, AmericanaUK awarding the disc a 9/10 rating. “Outstanding! This is top drawer roots music,” said reviewer Rick Bayles.

Lindsay Lou Rilko is perhaps better known as lead vocalist with her other popular band The Flatbellys. They were one of the main visiting attractions at Celtic Connections in January, and featured in the BBC2 TV Highlights programme. She was nominated in the 2016 Best Vocalist category by the prestigious International Bluegrass Music Association. Rachael Davis is an award-winning performer in her own right and May Erlewine has a voice that is instantly recognisable, her material being sung and recorded by many other artists.

The trio is making a rare appearance on this side of the Atlantic for a short string of dates that include main stage shows at Didmarton Bluegrass Festival and Towersey Folk Festival.