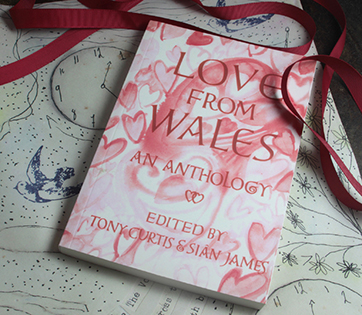 Each year on the 25th January Wales celebrates St Dwynwen’s Day, a day that holds a tragic love story that should be rejoiced for the selfless act of one young woman called Dwynwen.

Dwynwen is the Welsh Patron Saint of Lovers, who had the misfortune of having her heart broken. Betrothed to someone other than her lover, Maelon, her father refused to consent her marriage to him. Maelon directed his anger towards his sweet love, causing her much distress and further heartbreak. Dwynwen wanted nothing more than to forget her love, so whilst she slept an Angel came down and gave her a potion in which would erase her memories of Maelon and turn him to ice.

Despite herself, when she woke up she was horrified to see him as an ice sculpture and begged something be done. The angel granted her three wishes; the first was that Maelon be thawed and for him to forget her; her second, to have God look kindly on the hopes and dreams of true lovers whilst mending the broken hearts of the spurned; and the third was for her to never marry, but to devote the remainder of her life to God, as thanks for saving Maelon.

Dwynwen founded a church there, remains of which can still be seen today. After her death she was declared the Welsh Patron Saint of Lovers and ever since, Welsh lovers have looked to St Dwynwen for her help in courting their true love, or for forgetting a false one.